Kudos!!! This is no small feat. The Literary world is competitive and am glad to see that the NPCA has… 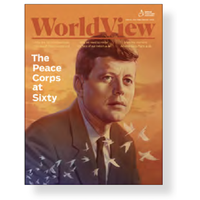 THERE WERE CHEERS for the Peace Corps community Tuesday night at the FOLIO Magazine gala in New York City. WorldView magazine earned top honors for the cover of the “Peace Corps at Sixty” edition, recognizing six decades of service by Peace Corps Volunteers around the world. Artist Tim O’Brien created the portrait of John F. Kennedy for the cover under the art direction of Pamela Fogg.

The EDDIE and OZZIE Awards recognize excellence in journalism and design across all sectors of the publishing industry. Hosted by FOLIO Magazine for nearly 30 years, they are one of the broadest and longest-running competitions for editors. The EDDIE Awards recognize achievements in writing and editing, and the OZZIE Awards recognize outstanding work in design. The awards draw hundreds of entries from around the world. This year the gala was held at the City Winery in New York.

“It’s wonderful to see this cover recognized in this moment,” says editor Steven Boyd Saum. “It speaks to the vision behind the Peace Corps — and, more than that, to the hundreds of thousands of Volunteers and staff and partners in communities who have worked together across the decades and around the world on a mission of building peace and friendship. That work is far from finished.”

This marks the second year in a row that WorldView has brought home top honors in these awards. The flagship publication for the 240,000-strong Peace Corps community, WorldView has been published for more than 30 years by National Peace Corps Association. Since 2020 it has been edited by Steven Boyd Saum, who served as a Peace Corps Volunteer in Ukraine (1994–96), partnering with Pamela Fogg as art director. 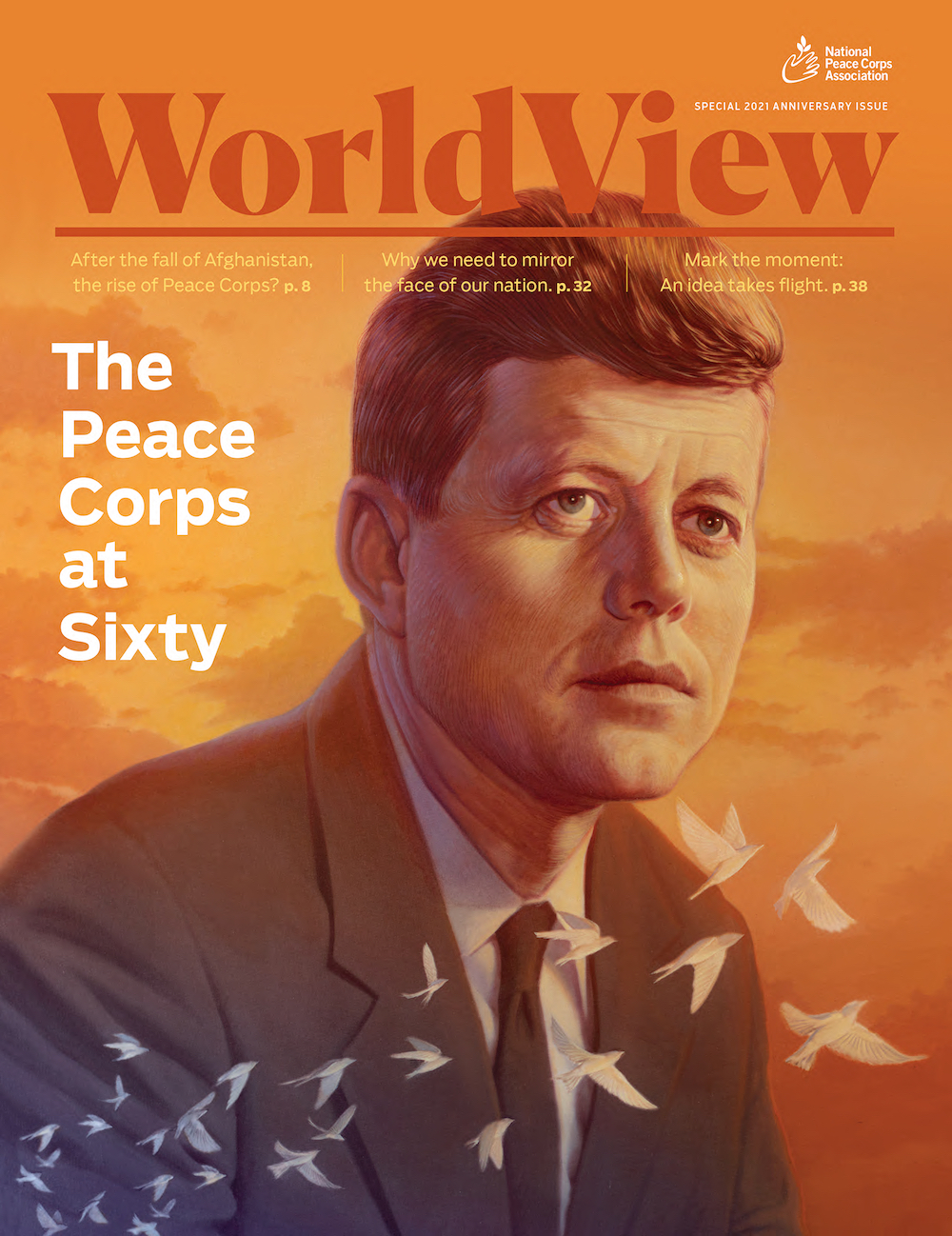 “It’s wonderful to see this cover recognized in this moment,” says Saum. “It speaks to the vision behind the Peace Corps — and, more than that, to the hundreds of thousands of Volunteers and staff and partners in communities who have worked together across the decades and around the world on a mission of building peace and friendship. That work is far from finished.”

The award-winning cover marks Tim O’Brien’s first for WorldView — though millions around the world have seen his work. His illustrations have appeared numerous times on the cover of Time Magazine, Der Spiegel, Rolling Stone, Mother Jones, Smithsonian, and many other periodicals. They have been featured in Esquire, GQ, National Geographic, The New York Times, New York Magazine and many more. O’Brien has illustrated several U.S. postage stamps, and his paintings are among the collection of the National Portrait Gallery, Washington, D.C.

In addition to winning top honors this year, WorldView was a finalist in two more categories: best full edition, for the special 60th anniversary edition; and best series of articles, for “An Anniversary. A Pandemic. Peace Corps Response.”

Special 60th Anniversary Edition. Six decades after this Peace Corps endeavor took flight, we ask: Where are we going? Where have we gone?

“An Anniversary. A Pandemic. Peace Corps Response.” Originally established as Crisis Corps in 1996, Peace Corps Response was created to send Volunteers on short-term, high-impact assignments. An important story for us to tell is that the government program has its roots in grassroots efforts by Returned Peace Corps Volunteers who were working in Rwanda when the genocide unfolded. They organized efforts to assist in refugee camps, and they inspired the government agency to harness the experience and commitment that so many Peace Corps Volunteers bring. Congratulations to the contributing writers in this series, including interns Emi Krishnamurthy, Ellery Pollard, and Sarah Steindl; and writers Hilliard Hicks and Joshua Berman.