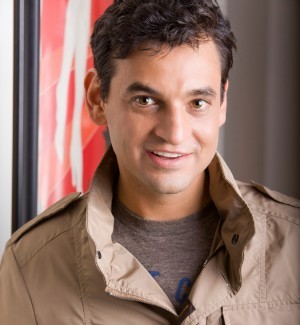 and he’ll be reading and taling about it  Tuesday, October 11 at Left Bank Books in St. Louis.

His novel follows an underemployed writer whose pregnant girlfriend is laid off during the Great Recession. Unsure how to support a family, James and Kate move to a cheap cabin in northern California and become reacquainted with Kate’s high school friend, whose family grows premium weed.

In the first two dozen pages of “Mule,” James learns how drug trafficking works. As a white guy, he doesn’t fit the official profiles. He details the tricks – and the dangers:

“I read stories about people who’d been busted. I learned never to drive at night, to check that all my lights were working every time I stopped for gas, to stay with the flow of traffic. If a cop started to tail me, I would have to be cool. If I got pulled over, I’d have to control any nervous tics. And the punishments? If caught with a pound in Arizona, I’d face a year and a half behind bars and a $150,000 fine. In New Mexico, eighteen months; in Texas, two years. I’d have a felony on my record and mountainous legal expenses. Forever after, I’d have trouble getting any kind of legitimate work.”

D’Souza, who moved to University City in August, admits that his previous novels share some parallels with him and his wife, Jessyka Lee. “Whiteman” (2006) involves a Peace Corps worker in Africa which D’Souza was; “The Konkans” (2008) is about an Indian-American family in Chicago, where D’Souza grew up.

After the two books gained great reviews and generous advances, the recession hit publishing, and money for writers dwindled. Lee was pregnant with their first child when she got laid off from a retail job.

“It was a good living until the recession hit,” D’Souza says. “We’ve been hanging on.”

D’Souza, 36, stays at home with their two children, just 2 and 3, while Lee works toward her MFA at the University of Missouri-St. Louis.

His wife is from California, and D’Souza said he “knows lots of people involved in the drug business.”

Some got involved as a side racket during the recession, he says.

“There are all these people looking to get into it … although I won’t say it’s an epidemic,” he says.

D’Souza is adamant that he’s never smuggled drugs, but he playfully admits that he doesn’t mind if people wonder about the parallels with his real life.

“I want it to seem like it really happened,” he says.

“Mule” isn’t as soap opera-ish as TV shows such as “Weeds” and “Breaking Bad.”

While talking by telephone from California, where he was promoting “Mule,” he said he believes that readers can relate to the desperation and anger that would drive a young, unemployed college graduate to consider moving pounds of marijuana from California to dealers in Texas and beyond.

“There’s a level of anger out there. We didn’t get involved with the game – the housing bubble, the stock market – but we were still affected by it,” D’Souza says.

Drug couriers make the most money for the least amount of work, he says, but it’s a “Faustian bargain.” Once they are used to earning the money and are closely involved with others in the drug trade, it can be hard to get out.

“The drivers are making a lot of money, but are they living a serene, care-free life? No, they are looking over their shoulder,” he says.

D’Souza interviewed such people, and next month’s issue of Mother Jones will feature a nonfiction story that D’Souza wrote about four who got involved in the drug trade because of the recession.

After living in Florida, D’Souza has been delighted with his move back to the Midwest. He’s working on a book about parenting.