Anthropologists can take a tooth and reconstruct a culture. I think the parade participants tell a lot about where we… 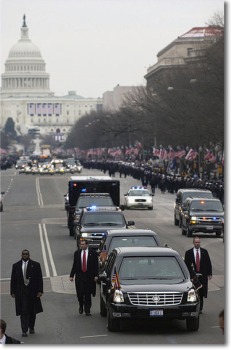 No high school or university marching band in the D.C. area will march in the parade

No high school or university marching band in the D.C. area will march in the parade.

These groups are set to participate:

Also, each branch of the U.S. military will be represented. Additional participants may be announced later.

Inaugural committee CEO Sara Armstrong said in a statement that people across the United States wanted to participate.

“People from every corner of the country have expressed great interest in President-elect Trump’s inauguration and look forward to continuing a salute to our republic that spans more than two centuries,” she said in a statement.

“… He’s going to have a shortened parade, and he’s going to go into the White House and get some work done before he goes to the [inaugural] balls,” Stroman reportedly said.