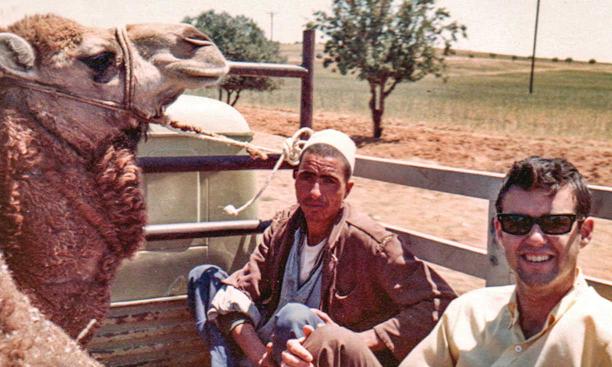 While Randolph Hobler (Princeton ’68) was working on his book, 101 Arabian Tales, about the experiences of 101 Peace Corps volunteers who served in Libya, it dawned on him that no such list exists of Princeton alumni. So he began researching. It took three years to complete, and now that list — plus a short Peace Corps film featuring Daniel Ritchie ’64’s service in Kenya — has found a home in the digital archives of the University’s Mudd Library (bit.ly/peace-corps-22).

Hobler hopes the Princeton Peace Corps Compendium will be a chance for alumni to learn about the service of their fellow Princetonians. The approximately 250-page resource features 440 Tigers, from the classes of 1936 to 2021, who served in 97 countries. The list includes George Johnson ’59, the first alum to volunteer with the Peace Corps in 1961; figure skating champion Mark Jahnke *20, who served in Kyrgyzstan; and Hobler himself, who served in Libya in 1968 and 1969.

It took a bit of legwork to compile this list, but Hobler knew what he was in for since the process was similar to finding the 101 sources he tracked down for his book. He emailed class secretaries, reviewed past issues of PAW, cross-referenced alumni on LinkedIn, and reached out to faculty (the final list includes three faculty members). Hobler then contacted every alum he found (or the family members of deceased alumni) to learn about their Peace Corps experiences.

Hobler asked each person about the most interesting and meaningful memories from their time of service to include these anecdotes in the entries. By asking for stories, he adds, “you get back more interesting answers.”