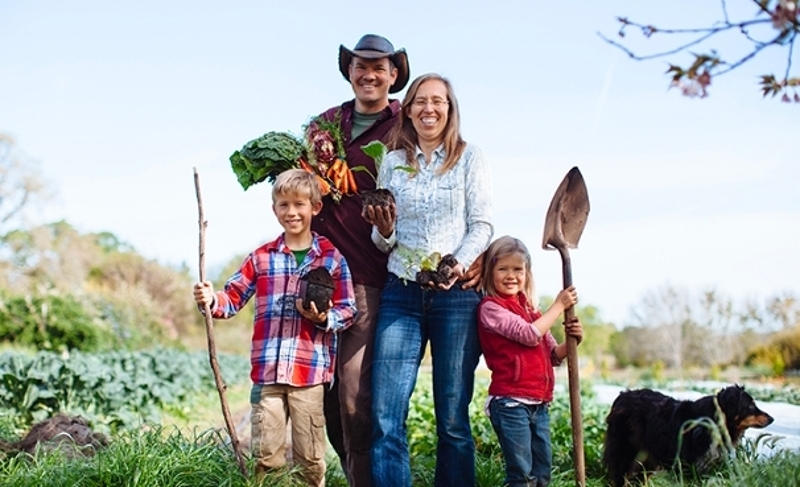 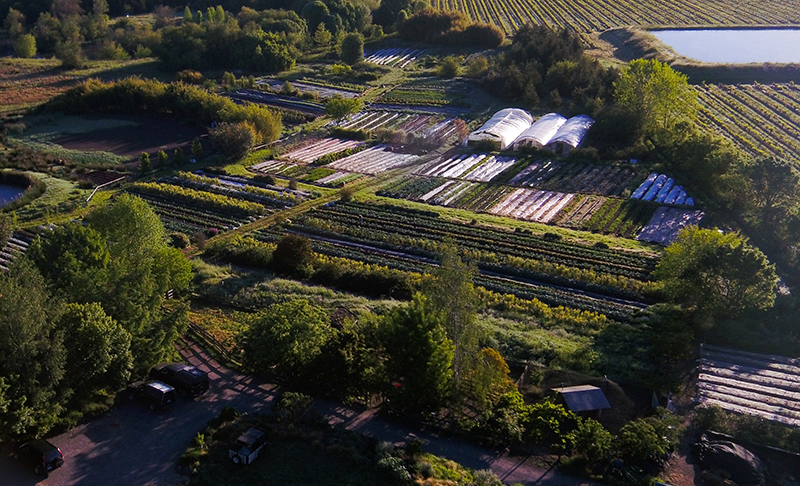 The founders of Singing Frogs Farm, Elizabeth and Paul Kaiser, met in the Peace Corps in Gambia, West Africa in 2003. Paul has a background in Agroforestry and Sustainable Land Management and Elizabeth in Nursing and Public Health. They’ve been farming together since 2007 in Sebastopol, CA, where they’ve been raising their two children while developing their innovative no-till soil management system for intensive vegetable production.

Singing Frogs is a small farm—just three cultivated acres—but they are reaping BIG results using Regenerative Farming methods. They’ve increased the organic matter in their soil by 400% in just six years, without nutrient leaching, while almost tripling the total microbial life in the soil. They’ve also dramatically reduced their water usage per crop, starting at three hours of drip irrigation every other day and now down to about 20-30 minutes per week (when they need to irrigate at all).

But that’s not the biggest news from a farmer’s point of view. Singing Frogs Farm is also highly productive and profitable. They grow vegetables year round with 5-7 harvests per year—most farms average 1-2 harvests. This, of course, has led to much higher revenue. In northern California most other farms average $14,000 in gross revenue per acre. The Kaisers report roughly $100,000 in vegetable sales per crop acre per year. That is six times the state average using no sprays of any kind, not even organic ones. Half of the revenue is used to pay employees who also enjoy the job security that comes from year round work.

Singing Frogs Farm is thrilled to be sharing their techniques with others. Visit their website to learn about their educational workshops, consultations and Farm Tours).