Congratulations, Milly, on another well, well deserved honor. I am proud to have known you back in our days as…

A tribute to decades of work by children’s author Mildred D. Taylor. This year, Peace Corps Writers recognized her with the Writer of the Year Award. 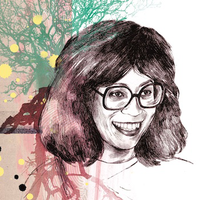 Mildred Delois Taylor is a critically acclaimed author of children’s novels. In 1977, she won the Newbery Medal, the most prestigious award in children’s literature, for her historical novel Roll of Thunder, Hear My Cry. It was the second book in a series of ten novels focusing on the Logan family, and portraying the effects of racism counterbalanced with courage and love. Her latest book, All the Days Past, All the Days to Come, published last year, is the final novel in the series.

Since receiving the Newbery Medal, she has won four Coretta Scott King Awards, a Boston Globe–Horn Book Award, a Los Angeles Times Book Prize, and the PEN Award for Children’s Literature. In 2021 she received the Children’s Literature Legacy Award, honoring an author whose books have made a significant and lasting contribution to literature for children. In presenting the award, Dr. Junko Yokota said of Taylor’s storytelling, “It shows how courage, dignity, and family love endure amidst racial injustice and continues to enlighten hearts and minds of readers through the decades.”

Mildred Taylor was born in Jackson, Mississippi, in 1943. Her paternal great-grandfather, the son of a white Alabama plantation owner and a Black woman forced to serve him as a slave, became a successful farmer in Mississippi. His large extended family thrived despite the racism they encountered.

Her parents, Wilbert and Deletha, wanted their daughters to grow up in a less racist society. Mildred was only four months old when they, like thousands of other African American families, boarded a segregated train bound for the North.

Arriving in Toledo, Ohio, the Taylors stayed with friends until they earned enough money to buy a large duplex on a busy commercial street. This house soon became home to aunts, uncles, and cousins, all moving away from Mississippi in search of a better life.

I learned a history not then written in books but passed from generation to generation on moonlit porches and beside dying fires in one-room houses, a history of great-grandparents and of slavery and the days following slavery; of those who lived still not free, yet who would not let their spirits be enslaved.

Mildred stored in her memory the tales she heard as a child at family gatherings. Many of these stories would later become plots in her novels. In her author’s note to Roll of Thunder, Hear My Cry, Taylor acknowledged her debt to this family who generously shared stories of their history, and to her father in particular. “By the fireside in our northern home and in the South where I was born, I learned a history not then written in books but one passed from generation to generation on the steps of moonlit porches and beside dying fires in one-room houses, a history of great-grandparents and of slavery and of the days following slavery; of those who lived still not free, yet who would not let their spirits be enslaved. From my father the storyteller I learned to respect the past, to respect my own heritage and myself.”

In addition to the oral stories, books also played an important role in Taylor’s life from an early age.

“I can’t remember when I received the very first book of my own,” she says today, “but reading, at times, caused trouble. At night I would sit in the closet when I was supposed to have long been asleep. And I got into trouble during the daytime, too, when I would be reading in hiding when I was supposed to be doing my chores.”

In 1965, Mildred Taylor applied to be a Peace Corps Volunteer. Milly, as she was always known in-country, was sent to teach secondary school in the town of Yirgalem in southern Ethiopia. She was one of a large group of new PCVs to that rural location 260 kilometers south of Addis Ababa. She lived with another Volunteer; a woman older than herself who had previously taught overseas at a U.S. Army base. The two women became the best of friends.

It was in Yirgalem that I first met Milly, when I was serving as associate Peace Corps director for Ethiopia. I remember her as someone who caused no trouble, made no demands, and was a silent observer of other Volunteers, some of whom in her town were real “characters” — but she never wrote about them in her novels.

What none of us knew was that Milly was already an accomplished writer. By the time she arrived in Ethiopia, she had completed her first novel. At the age of 19, she wrote Dark People, Dark World, the story of a blind white man in Chicago’s Black ghetto, told in the first person. Publishers were interested in the book, but Milly disagreed with the revisions they wanted, and the novel was never published.

Returning home from Ethiopia, she worked as a Peace Corps recruiter, and she also trained new Volunteers for Ethiopia. She then enrolled at the University of Colorado School of Journalism and earned a master of arts. While a graduate student, she worked with university officials and fellow students and structured a Black Studies program at the university.

In 1971, she moved to Los Angeles to write full time, and she supported herself by doing temporary editing and proofreading. She also married and gave birth to a little girl. Her life and career, however, were about to change. When she was offered a position to work as a reporter for CBS, she declined it, knowing her future was in writing novels, not reporting news. In 1973, she entered a contest sponsored by the Council on Interracial Books for Children. Her book, Song of the Trees, won first prize in the contest’s African American category and was published by Dial Books in 1975. The New York Times listed it as an outstanding book of the year.

This book, about the Logan family, was to be the first in a series of ten novels based on stories from Milly’s own family history. One of her best-known books, Let the Circle Be Unbroken, was nominated for the 1982 National Book Award and received the Coretta Scott King Award in 1983.

Having grown up immersed in family stories, Milly often revisited her great-grandfather’s house, built at the turn of the past century and without running water or electricity. Memories of those visits found their way into her Logan family stories, most notably Roll of Thunder, Hear My Cry, the 1977 Newbery Medal winner. Taylor’s stories reveal struggles, racial tension, and tragedy, as well as triumph, pride, and family honor.

In an interview published in Book Links, Milly talks about her family and the novels she has written about growing up in a Black family in the South.

“I write about history because I was very affected by it as a child. When I was in school, many people did not know about the true history of Black people in America. I wanted to tell the truth about what life was like before the civil rights movement.”

Milly Taylor is an example of someone who has made a difference overseas as a Peace Corps Volunteer and also here at home as a novelist.

Recently she wrote me that it was an honor to be included with so many fine writers who are former Peace Corps Volunteers. “Being in the Peace Corps was one of the greatest experiences of my life and I cherish the memories of my days in Ethiopia. So many times now I find myself wishing I could relive it all.”