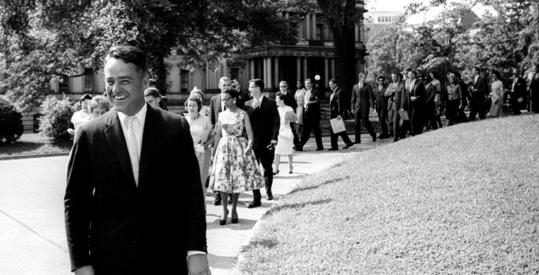 Note: When I say “journalist,” fix on the first two syllables. For as we brook the Peace Corps’ 50th anniversary this year, realize there are now 200,000 former volunteers in our midst – and seemingly all of them kept journals. Go to peacecorps worldwide.org and click on Peace Corps Experience Books, and you’ll feel either charmed or besieged. Forgive me, but most are syrupy, mediocre reads. Maybe because “the essence of the experience is as hard to describe as a Beethoven symphony,” as Moritz Thomsen writes in “Living Poor: A Peace Corps Chronicle” (University of Washington, 1969).

Luckily, some writers make fine music. Thomsen’s book is a classic of the genre – Larry McMurtry calls his writing “exhilarating.” A rich man’s son, World War II bombardier, and California farmer, Thomsen writes of hauling bamboo to build chicken houses in Ecuador, and how to burn a field to clear for planting corn and oranges. He gets sick with a lung fungus (almost every Corps memoir boasts at least one dire illness). He makes friends with the more adventurous locals – one names his newborn after him – though most believe he’s yet another gringo come to bilk them.

That’s another trademark of the Peace Corps memoir: combating suspicion. (No wonder founding director Sargent Shriver made the CIA promise to never stock the Corps with spies). Then there’s depression, which strikes most volunteers as they slam up against a frustrating, enigmatic culture. Here’s Thomsen’s confession: “It came as an ego-shriveling shock to discover after the first month that I wasn’t doing much of anything but reacting naively and emotionally to the poverty around me.”

These themes are wonderfully reprised in “The Ponds of Kalambayi: An African Sojourn” by Mike Tidwell (Lyons & Burford, 1990). Thomsen was 48 when he signed on (Miss Lillian Carter’s fame aside, only 7 percent of volunteers are over 50). But Tidwell is the Corps’ typical fresh-meat college grad. He too gets sick, has a child named for him, and falls under suspicion – villagers assume he’s there to make a profit. The Atlanta native’s job is to help malnourished Congolese tribes add protein to their diet and cash to their coffers by starting tilapia farms.

Multiple obstacles surface: roads so bad no bulldozers can be brought in, flooding, predators that almost eat up the stock. Still, the project is a success. But the villagers all expect a cut even if they didn’t do any legwork. This drives Tidwell crazy, until he grasps the nature of the tribal system. “It was a survival strategy,” he writes. “No one would be allowed to fall off the societal boat no matter how low provisions ran on board.” Tidwell’s own societal boat is leaky; when he spurns the village beggar, he is called a “muena tshitua,” literally “someone who doesn’t share,” one of the worst accusations one can make in Kalambayi. He is ashamed; he changes.

There are other fine memoirs: “The Village of Waiting” by George Packer (Farrar, Straus and Giroux, 1984); “Monique and the Mango Rains” by Kris Holloway (Waveland, 2007); “Triumph and Hope: Golden Years with the Peace Corps in Honduras” by Barbara E. Joe (Booksurge, 2008). But you’ve got to leaven the personal with the political. Thus “When the World Calls: The Inside Story of the Peace Corps and Its First Fifty Years” (Beacon, 2011) by Stanley Meisler, a longtime foreign correspondent for the Los Angeles Times, and a reporter who doesn’t pull punches (God love him, he calls some agency directors “asinine”). We get the early, heady JFK-Shriver years. We get the mudslingers (Eisenhower thought the Corps a “juvenile experiment”; Nixon called it “a haven for draft dodgers” and later got then-speechwriter Pat Buchanan to dig up dirt on the organization).

The downsides get their due: inefficient placements, insulted host countries, volunteers beaten, raped, and murdered. The upsides are trumpeted too: In 2008, 7,750 volunteers had worked with 2.1 million people and helped train 126,000 teachers, health workers, and more. Multiply that over 50 years, and the numbers shine. But, really, you can’t quantify the Peace Corps. It is soul-changing, back-breaking, far-reaching. To see the volunteers at work, as one program evaluator wrote, “is to be struck by the power that can be exerted by a little common decency.” So happy anniversary – and many more.

Katharine Whittemore is a freelance writer based in Northampton. She can be reached at katharine. whittemore@comcast.net.