I think of the U.S. departure from Afghanistan as similar to racism in America—the problems are structural and systemic, far… 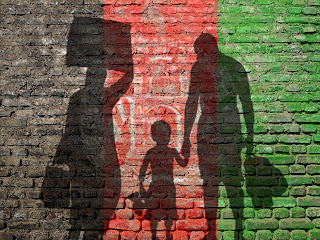 I’m embarrassed.  And angry.  With the Biden administration.  What were they thinking to remove the troops from Afghanistan and THEN  to try to figure out how to help US citizens, permanent residents, and Afghan friends and helpers exit the country?  Any housewife knows to straighten up and send the kids outside before she begins cleaning the house!  Was it the administration’s advisors or a stubborn old president who decided to close down shop and then figure out what to do about people who would be in harm’s way?

This is personal for me. Forty-seven years ago this summer I was living in Kabul, Afghanistan, and working as Training Director for the Peace Corps.  I know that may seem a long time ago to you and it is, but when I saw a video of people on the streets of Kabul this past week, it didn’t look much different.  Except there were more tall buildings.  Most of the men were dressed in long shirts, baggy pants, and turbans then and now.  Most women were completely covered up in chadors.  I think I saw a picture of a street near where I lived in Shari Nau.   It hadn’t changed all that much.

The staff I had was all Afghan, save one young male admin assistant.  They did their jobs well, were pleasant to work with, and seemed to respect the position I held more than the fact that I was a female.  I had fewer problems with them than I sometimes had with American men back in the days of my being the “first” or “only” woman in their professional midst.  My privately hired Farsi teacher came every morning to help me learn the language. Most of my employees were men, including Aref who took care of the house and did the shopping and cooking for me.  More than a dozen men and two females taught Farsi or Pashtu to volunteers in training.  Several men cooked for the volunteers or were assigned other supportive jobs.  Two of the men were single, some were married to one wife, others had more than one family to support.  None of their wives worked outside of the home.  They were all helpful and friendly to this American woman.  They were tough, sturdy men and women with ancestors who, over the centuries, had lived through difficult times when Buddhists, Genghis Khan, and others took over their country.  Their ancient country was fascinating to explore.

These Afghans that I knew can’t have been too different from the interpreters and helpers I have been seeing on television.  How could my country be so cruel as to not “have their back” as promised?  They risked their lives for this country and its people!  Shame, shame on the Biden administration for being so thoughtless, self-centered, and deceitful!

About the author: Elaine Parmenter notes that she is a mother, a Grandmother, and a Great-grandmother who retired from work as a psychologist and an international educator. She also worked on and off for the US Peace Corps in Puerto Rico, Ecuador, Afghanistan, Nepal, the Philippines, Morocco, Tunisia, and Barbados. Traveled throughout Asia and South America representing Drake University in Iowa and Oklahoma State University. She has also written articles for professional journals regarding issues and experiences she encountered.