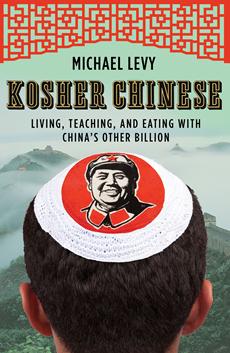 The memoir by Levy, 35, a teacher in Brooklyn, N.Y. , recounts his Peace Corps experience in rural China in 2005 as a basketball-playing, kosher vegetarian.

He said he began the day Wednesday at his day job – a Catholic school where a “wide-eyed 9-year-old asked me why I was dressed in a jacket and tie.” Levy replied that he was going to a ceremony to celebrate “great new writers.” The girl got very excited and asked, “Did you write The Hunger Games?” He had to explain that he didn’t. A panel of former award winners picked the winers. Each received $10,000 and prominent promotion at Barnes & Noble’s 691 bookstores and on its website.

We interviewed Michael on the site before  his book was published. Look for it at: