Hi Gary, We are currently working with several PBS stations to get the film into broadcast hopefully within a few… 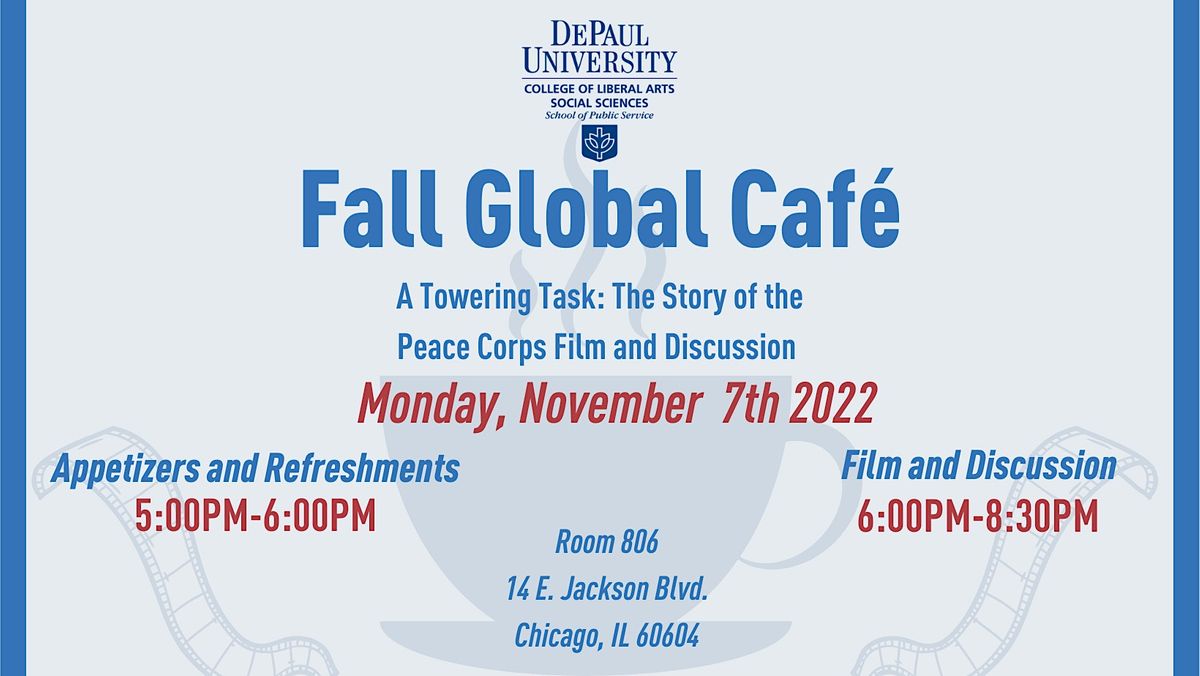 A Towering Task is an independent documentary produced and directed by Alana DeJoseph (Mali 1992-94), a returned Peace Corps volunteer and documentary filmmaker. She has been a member of the production teams that produced The Greatest Good: A Forest Service Centennial Film and Green Fire: Aldo Leopold and a Land Ethic for our Time. She works alongside Dave Steinke (film producer, cameraman and former Forest Service public affairs director) and Shana Kelly (screenwriter and book editor). All three strongly believe in the urgent need for an objective, in-depth look at the history and future of the Peace Corps.

Founded during the Cold War, the Peace Corps stands as an icon of American idealism. From the beginning its mission of world peace and friendship proved to be a towering task. Imbued with the unbounded energy and vision of its charismatic leader, Sargent Shriver, and thousands of vigorous volunteers, the story of the Peace Corps is a uniquely American tale. From the political machinations to establish not just a brand new government agency, but a new concept in international relations, to the growing pains of an agency striving to define its mission. A Towering Task takes viewers on a journey of what it means to be a global citizen.

Host country nationals, Peace Corps Volunteers and staff, and scholars and journalists take a closer look at peace building, economic development and political independence through the Peace Corps’ nearly six decades of trials and transformations. Before being evacuated because of the pandemic, Peace Corps volunteers were serving in over 60 countries and more than 200,000 have returned since 1961, but America is reevaluating how to engage with the rest of the world.

Now, as the Peace Corps rebuilds with increased nationalistic tendencies in America and around the globe, and Peace Corps Volunteers at the forefront of some of the most pressing themes facing the global community, A Towering Task asks:

What role should the Peace Corps play in the 21st century?

We invite you to view the film and share your thoughts at this free screening and discussion hosted by DePaul University’s School of Public Service.

Alana and her film will also be at Illinois State University later this week: