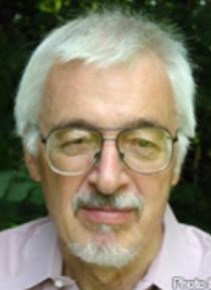 BORN
1938
DIED
2022
Richard Stevenson Lipez, 83, of Becket, died peacefully in his sleep on March 16, 2022, after a long exceptional life, and then an all-too-quick cancer. He would have liked to have lived longer, but considered himself lucky nonetheless.

He is survived by his husband, Joe Wheaton, his children, Sydney J. Lipez, of New Rochelle, NY, and Zachary H. Lipez (Zohra Atash), of New York City, his brother, John Lipez (Jeannine Lipez), and his sister, Kathy Conklin, both of Lock Haven, and eight nieces and nephews. He is predeceased by his previous wife, Hedy Lipez Burbank. He leaves behind more friends, from all walks of life, than can be noted here.

Richard was born and raised in Lock Haven, Pennsylvania, the son of Harris and Helen. As a teenager, Richard ran a weekly jazz show on WBPZ, the radio station founded and managed by his father. Lipez attended Lock Haven State College (now Lock Haven University of Pennsylvania), and earned his Bachelor of Science in English with a minor in History. He began graduate studies in American Literature at the Pennsylvania State University, but opted to volunteer for the Peace Corps in 1962 before graduating. He taught English Language and Composition to ninth grade public school students in Addis Ababa, Ethiopia. Lipez would maintain friendships with some of his students for the rest of his life, taking no small amount of joy in their accomplishments and those of their children. He met Halie Selassie once, but the conversation, with Selassie responding to Lipez's recitation of the emperor's various titles with an acknowledging "humph," was largely one-sided.

From 1964 to 1967, under the mentorship of the future founder and editor-in-chief of Washington Monthly, Charlie Peters, Lipez worked as a Peace Corps program evaluator out of Washington, DC. His work brought him to Ethiopia, India, the Caribbean, and Central America. He also helped train new volunteers at the University of Utah.

After his time in the Peace Corps, Lipez moved to The Berkshires with Hedy Harris, who he'd met through the Peace Corps and married in 1968, where he served as the executive director for Action for Opportunity, an anti-poverty agency. In that capacity he, among other things, assisted local residents in their conflicts with rapacious landlords. In 1970, he left the organization to focus on writing and journalism full-time.

Lipez wrote book reviews for Newsday and Washington Post (the latter of which he would continue to freelance for right till the very end), editorials for The Berkshire Eagle, and columns, reviews, and satirical pieces for Harpers, The Atlantic, and Newsweek. The topics that he applied his pointed, rarely unkind, wit to ranged from Nixon to Dr. Seuss to the innumerable psychobabble fads that the 1970s (and every decade since) were lousy with. Another popular, far more affectionately rendered, topic was the antics of his beloved young daughter, Sydney. In 1979, he co-authored his first novel, a thriller titled Grand Scam with Peter Stein.

Lipez's main legacy, surpassed only by, and hopefully he'd forgive the cliche, the love and laughter he bestowed upon so many, is the character of Donald Strachey. Starting in 1981, with the novel Death Trick, the Strachey series was a pioneering work; depicting an openly gay Albany detective navigating various underworlds in a style that was wryly outraged by iniquity and as skrewball as it was hardboiled. For every book, Lipez would reread Chandler before he began writing. The series was equally informed by Richard's encyclopedic knowledge of My Man Godfrey, current events, and the lyrics of Cole Porter. Not to mention a sense of the absurd that drew liberally from both the comedic stylings of Bob & Ray and, well, life. Books in the series have been included in the syllabus of Maureen Corrigan's American Detective Fiction course at Georgetown University. A number of them were made into TV movies for the Here! network. Richard wasn't too crazy about the movies, but they have their charms. The Strachey series is currently being republished by Requeered Tales, a publisher working to preserve the literary heritage of the LGBTQ community by republishing out of print titles and new titles from older series, with a new Strachey novel being released in fall of 2022. A non-Strachey mystery, set in Philadelphia in the 1950s, is due for April of this year, on Michael Nava's Persigo Press. The fact that Richard did not live to see the publication of these books is a cosmic injustice that makes one's jaw hurt.

In 2003, Lipez and the visual artist Joe Wheaton became the second couple to get married in Becket. They walked down the aisle to Screaming Jay Hawkins' "I Put A Spell On You."

Lipez continued both writing and advocating for LGBTQ+ rights (along with numerous other progressive causes) for his entire life. His final days, under the constant and superhumanly vivacious care of his husband, were spent reading, watching TMC, listening to Ella Fitzgerald, and occasionally reciting passages from Macbeth in Amharic. Sitting under his blankets, in the sunlight, still strikingly handsome, if also looking a bit like a skinny FDR and a bit like a Dame Maggie Smith, he maintained his infectious, sharp, sense of humor and sweet, sweet thoughtfulness. He went out with less regrets than most. He left behind a world less clever and kind for his absence.

A celebration of Richard's life will be announced at a later date. Donations can be made in his name to the Southern Poverty Law Center.
Published by The Berkshire Eagle on Mar. 18, 2022.
To plant trees in memory, please visit the Sympathy Store.
MEMORIAL EVENTS
To offer your sympathy during this difficult time, you can now have memorial trees planted in a National Forest in memory of your loved one.
MAKE A DONATION
MEMORIES & CONDOLENCES
Sponsored by The Berkshire Eagle.
0 Entries
Be the first to post a memory or condolences.